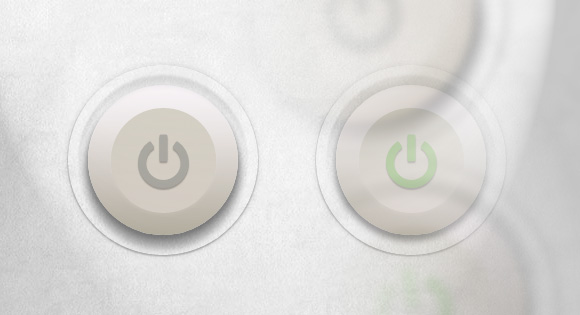 In this tutorial we will create some realistic-looking switch buttons using pseudo-elements and checkboxes. 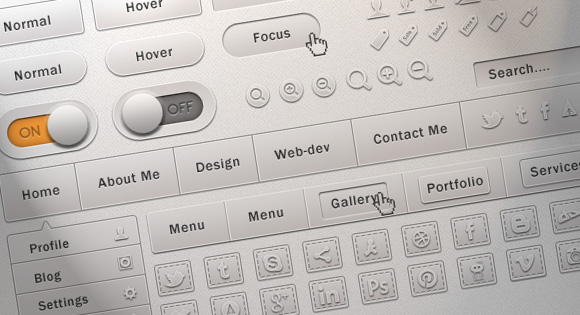 Today's freebie is the Soft UI Kit, a free PSD by Kim Petersen. Free for personal and commercial projects. 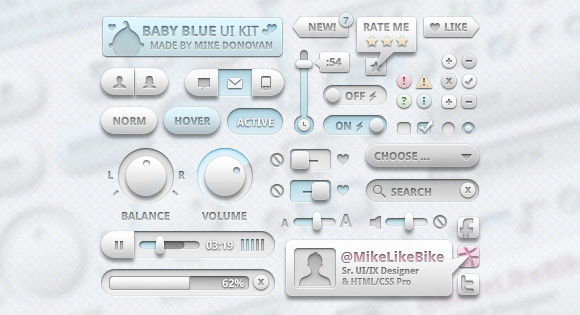 Today's freebie is the Baby Blue UI Kit, a free PSD by Michael Donovan. Free for personal and commercial projects.

In this tutorial, I'll show you how to create buttons with a twist, using just one anchor tag per button and the great power of CSS. 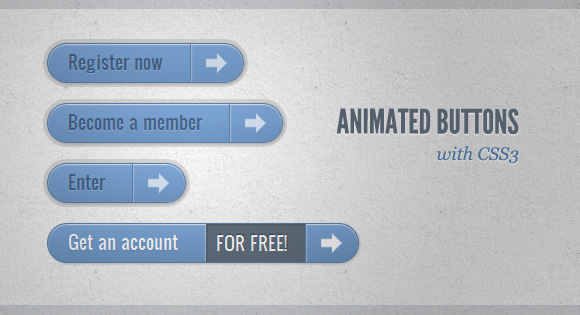 Still hyped by the possibilities of CSS3, I want to share some CSS3 button experiments with you. The idea is to create some animated link elements with different sty

Today we want to share our first set of easy-to-implement buttons called ‘Mega Web Buttons Pack’. In this set you will find 42 buttons which you can use

Here is an awesome little slide out button. The inspiration for that button came from photoshop.com where Flash is used to create a nice slide out effect. This butto