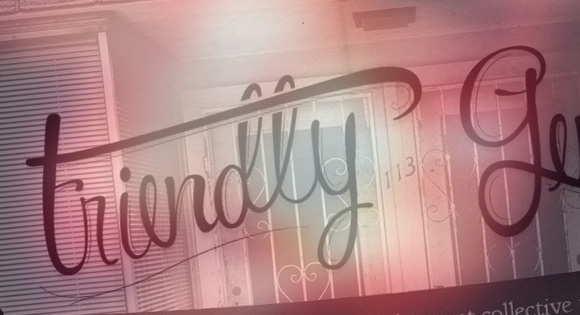 Personally, I love the flair and sophistication of a script font. Each almost has a life of its own and can really carry the rest of the design built around it.

Scripts are not just fonts that have the look and feel of cursive handwriting or calligraphy. Scripts can also be bold and interesting, injecting a bit of fun into your project.

A true script font is identified by the connection of letters in each word, with an underlying theory that the type style is trying to imitate handwriting. The category can be classified as somewhat broader than that to include all typefaces with some connecting letters and a noticeable slant. You can read more about the different categories of type.

But scripts may not be for everyone (and they are certainly not for every use). They are best used sparingly and as an accent or focal point. Scripts rarely work well in large blocks of text.

Here I am going to show you some examples of beautiful applications of script fonts. And maybe, just maybe, you will fall in love with them too. 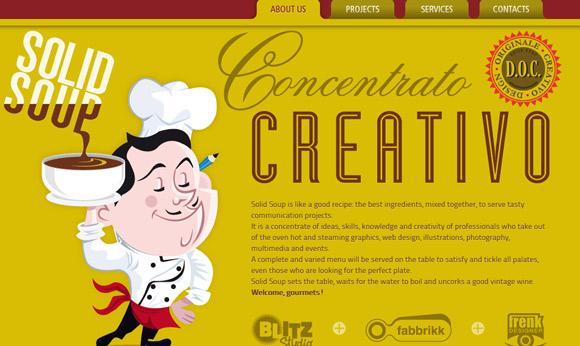 Solid Soup: “Concentrato” uses beautiful lettering in an unexpected way. The script typeface contrasts with the sans serifs on the rest of the page but really brings your focus to the text. 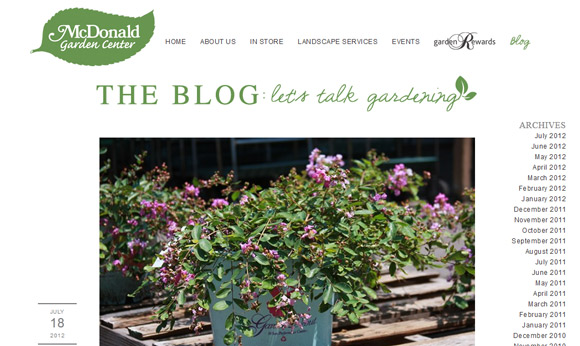 McDonald Garden Center: The catchphrase on this blog almost seems to be growing. That’s a great use of a script typeface in action – it perfectly conveys a mood or action. 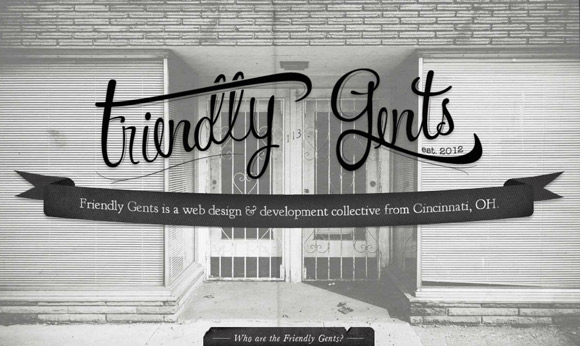 Friendly Gents: This site uses a script to establish a connection to history with an image and typeface that have a warm, but old-style feel. 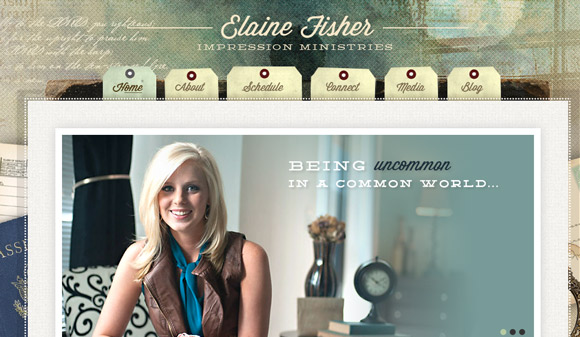 Elaine Fisher Impression Ministries: This site uses scripts more frequently than most but it works because each block contains only a single word. The navigation bar only uses six words total plus the header and a few accent words throughout. 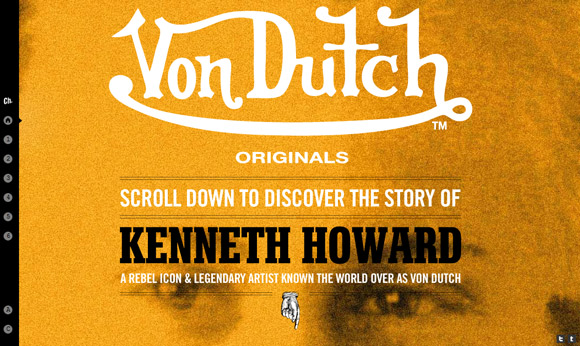 VonDutch Originals: This masculine script is stunning. It grabs you attention and pairs well with the other sharp typefaces and striking color. 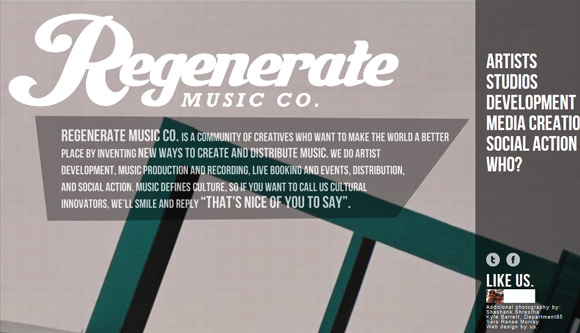 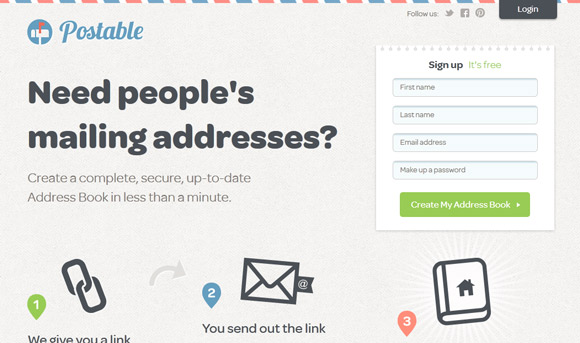 Postable: The script used by Postable is just fun. It works with the other rounded, light fonts on the site to create an almost floaty-feel. 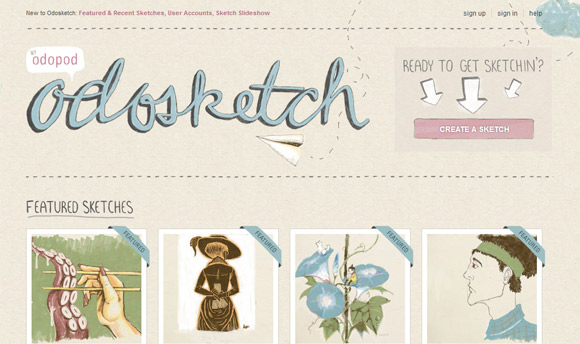 Odopod’s Odosketch: The use of a script here (especially with the pastel color scheme) makes you think one thing but you immediately realize the site is something else. It has a feminine look at first glance, but the images do not have that same tone. 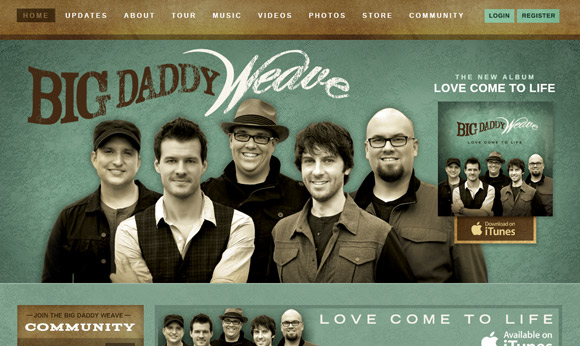 Big Daddy Weave: This band uses a single script word “Weave” to help grab your attention. Look at the inset of the album cover; one of the first things you see is that word. 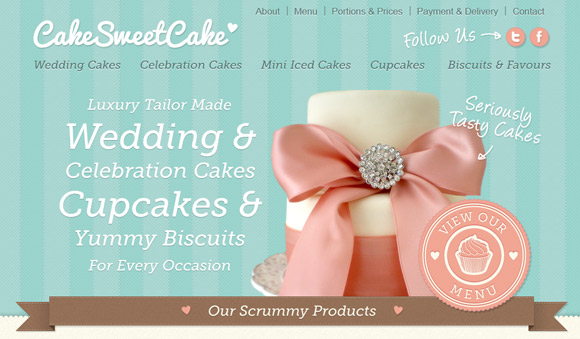 Cake Sweet Cake: This site uses a script typeface in very much the way you would image – feminine colors and imagery with light, cursive fonts. There is no element of surprise here, but it is put together beautifully.

Script fonts can be a great addition to many design projects, but you should be careful to use them wisely.

Use script fonts to add a bit of flair to a few words or in a banner. Scripts also work as great accent tools. Think of scripts as more of an art element than type and you will probably find success.

The No. 1 reason I love this typography style? Scripts can add a lot of pizazz and element of the unexpected to a project in a almost effortless-looking way. 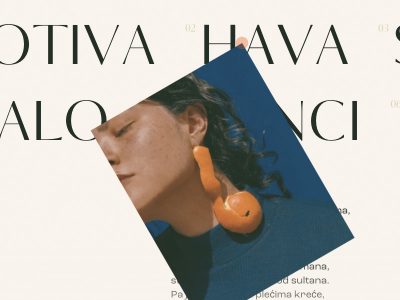