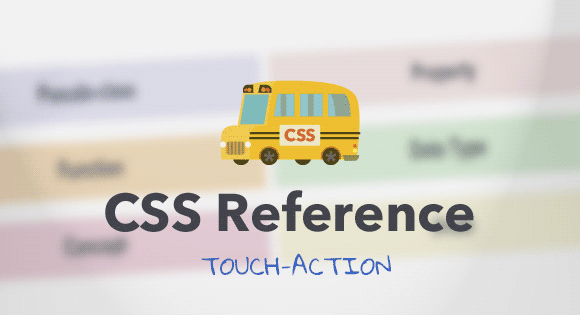 The touch-action property determines if and how a user can interact with an element on screen via touch input using the browser’s default features. For example, panning or zooming.

Touch events are a Web API that allow the browser to interpret finger or stylus interactions on touch screens or trackpads. We usually handle touch events using JavaScript, but touch-action allows us to inform the browser of the application’s intent before any event listeners are triggered.

Browsers come with default touch gestures and sometimes you may have an element that has its own custom zooming or dragging functionality. We can use the none value to disable the browser’s default behavior.

We can also use touch-action to remove the 350ms delay before single taps activate links or buttons. This delay is a default browser behavior to make sure the user really intended to tap only once. But this also makes the site feel less responsive. By setting the touch-action value to manipulation, any touches that begin on the element will only trigger pan or zoom. Double-tap gestures are disregarded and single taps will be dispatched without delay.

As this property is specific to touch input, it is recommended you try it out on a touch-enabled device.

touch-action is a CSS property that controls filtering of gesture events, providing developers with a declarative mechanism to selectively disable touch scrolling (in one or both axes) or double-tap-zooming.