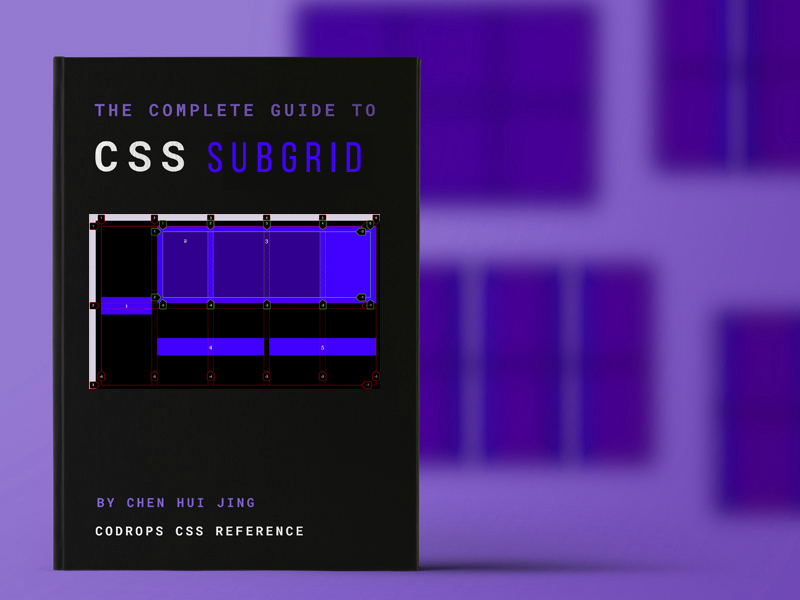 Subgrid is an additional feature to CSS Grid introduced in Level 2 of the specification which allows nested grids to participate in the sizing of their parent grids.

When CSS Grid was initially released in 2017, designers and developers were very excited about the prospect of a layout system that was designed and optimised for doing two-dimensional layout on the web. CSS Grid allowed us to do many things with an ease that was not possible before.

However, it also came a certain limitations. One of the bigger ones was the fact that nested grids were unable to participate in the sizing of their parent grids. This was a feature which was deemed important from the start, however, due to its complexity, it was deferred to Level 2 of the CSS Grid specification to allow implementors and specification editors more time to work through the various use-cases to ensure more robust implementation.

This entry will cover subgrid capabilities only. For information about CSS Grid, please refer to the entry on Grid.

The CSS Grid Layout Module Level 2 introduces 2 new values to the grid-template-columns and grid-template-rows properties, which allow us to establish a subgrid within an existing grid container.

The keyword subgrid indicates to the browser that the nested grid will use the same sizing as its parent grid for the portion occupied along the relevant axis. Hence the subgrid’s items will placed and sized according to its parent grid’s track sizing. Subgrids can take the track sizing of their parent grid along a single axis (row or column), or along both axes.

The syntax of <line-name-list> is defined as follows:

If you have used the repeat() function when using Grid, one thing to note is that there is a slight difference when using it in the context of a subgrid, as in this case, only line names are repeated.

Say we have the following markup for a page with a sidebar and some content, and within the content, there is an article and an aside:

We can allow the children within the main element to participate in the parent grid with the following CSS, as well as assign local grid line names to the columns of the subgrid as well.

There are a number of additional things to note with regards to other layout CSS properties. Line numbering and placement rules obey the subgrid’s own writing-mode, which is also the case for a normal nested grid.

Any margins, borders and paddings applied to each edge of the subgrid will manifest themselves as an extra layer of margin to the subgrid items at those edges. This extra “layer” of margin will accumulate if there are additional nested subgrids. 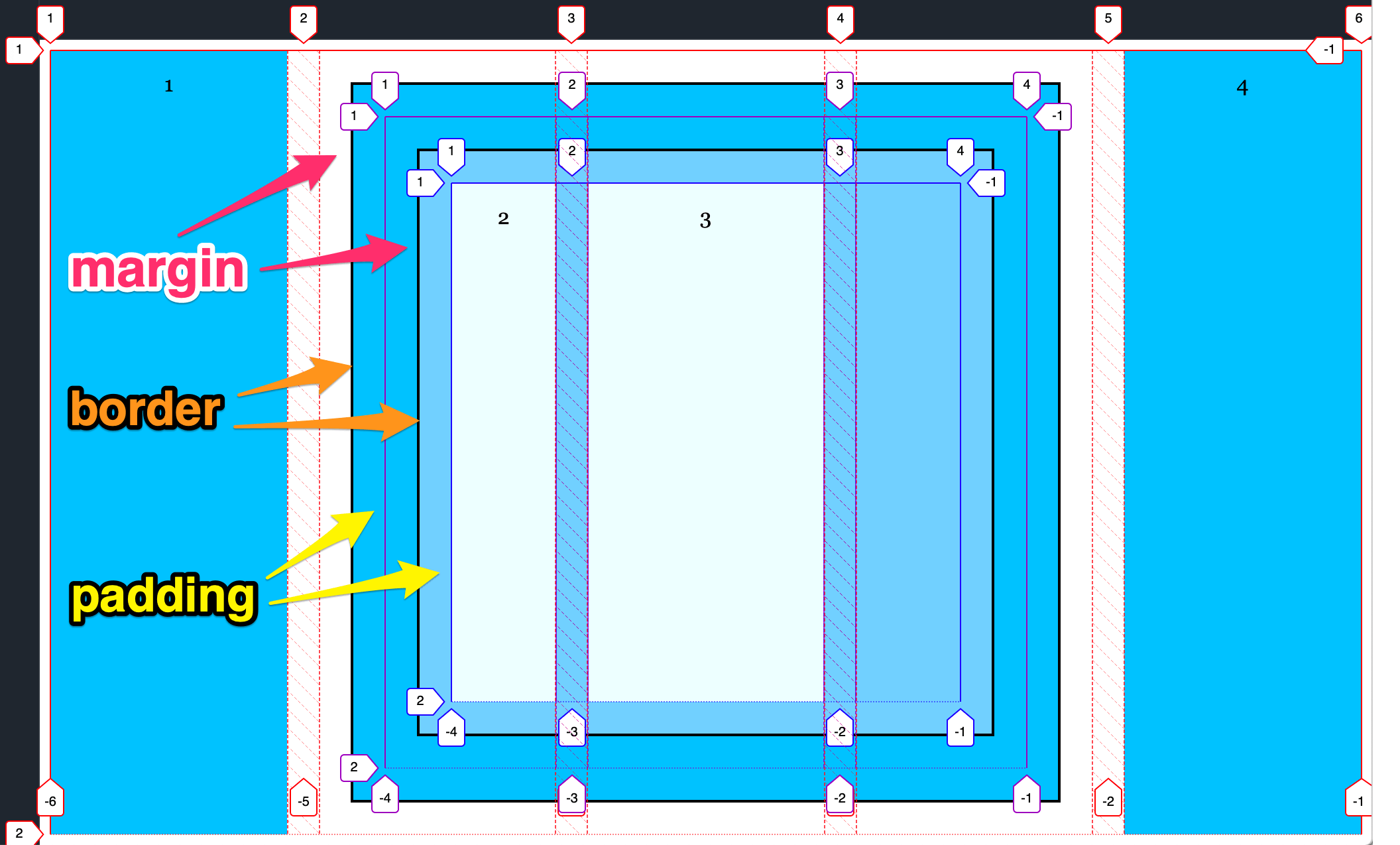 Item 2 is aligned according to the outermost grid’s columns but its size is reduced by the margin, border and padding of its parent grid and grandparent grid. Item 3 does not have this issue because it is not at an edge.

Grid gaps set on the parent grid are inherited by the subgrid. However, it is possible to override this with a grid gap value that is local to the subgrid. This will also impact the sizing of the subgrid items. 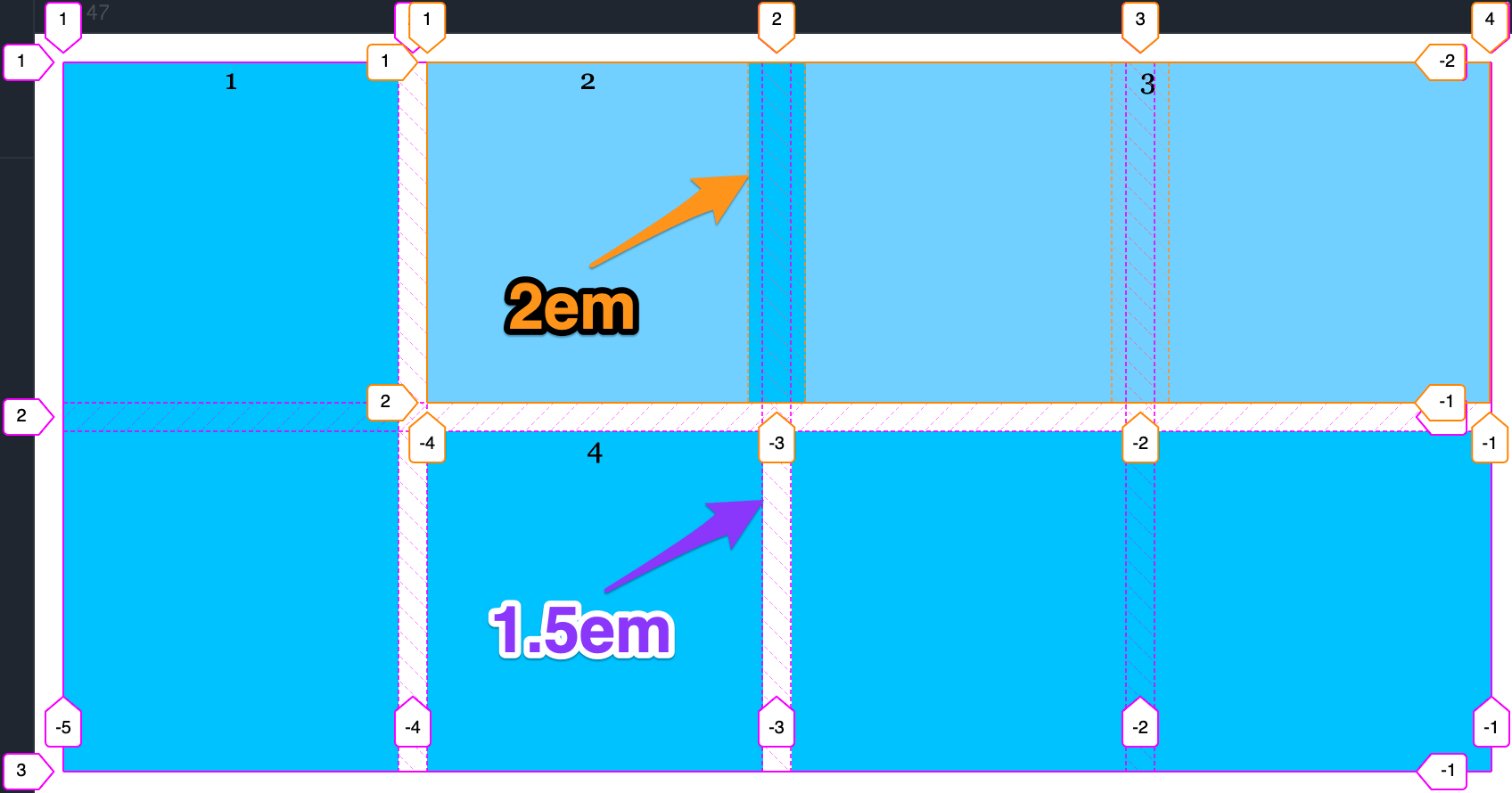 A subgrid will always be stretched in the subgridded dimension. This means any align-self or justify-self properties will be ignored. Any height or width constraints on the subgrid are also ignored. 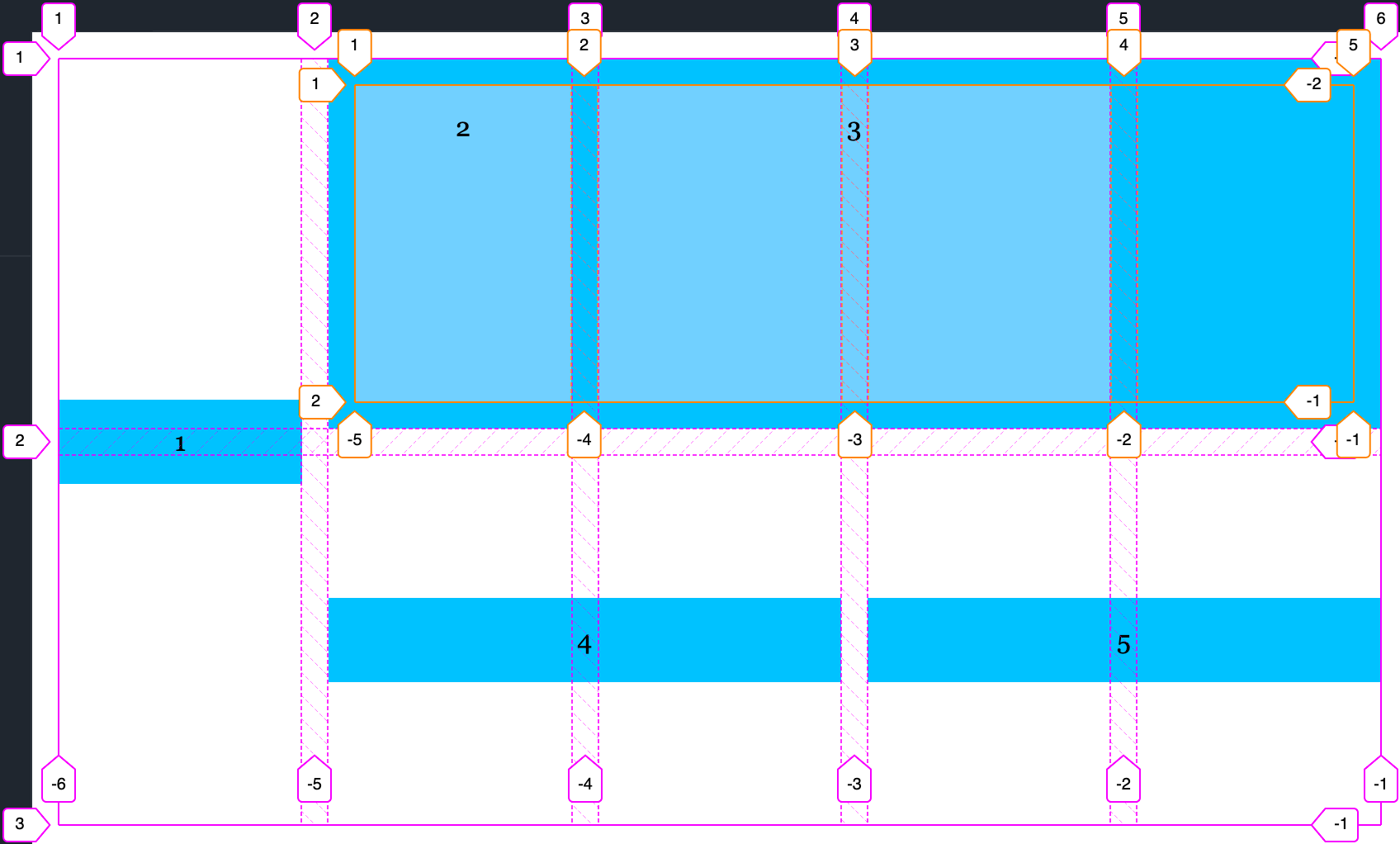 The subgrid will always be aligned with the section of the parent grid that it spans. Any justify-content or align-content properties on it will be ignored in the subgridded dimension.

If the total width of subgrid items exceed the width of the subgrid container, and the overflow value is set to scroll, additional items can be scrolled into view. But note that the act of scrolling will not impact the layout.

A rather common use-case that subgrid solves is making it easier for nested grid items to align to the outermost parent grid. Before subgrid, we could make our nested grids to match up to the parent grid but that required quite a bit of math to get the sizing just right. Subgrid solves this issue.

Let’s take look at this example of a list of speakers displayed in a card style layout. 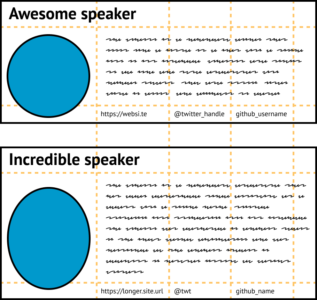 Attention: CSS Subgrid is currently only supported in Firefox. If you would like to view and play with the demos, you can download it here.
View this demo on the Codrops Playground

Another example where subgrid comes in handy would be for a list of form fields, where we want the label to be inline with the input field. Let’s take a look at the following markup:

Prior to subgrid, if we made the <ul> element a grid container to layout each form field, the contents within the form field, i.e. the <label> and the <input> would not be able to participate in the parent grid’s track sizing.

With subgrid, aligning the labels and the input fields across every form field becomes a relatively trivial pursuit. The essential CSS for such a layout is as follows:

Card-style layouts for lists of content is a fairly common design pattern on websites these days. It could be an e-commerce site with catalogues of items for sale or a news website showing a list of articles. Each item usually has multiple elements within the card, and subgrid lets us align these individual elements within the card with their corresponding elements across different cards. 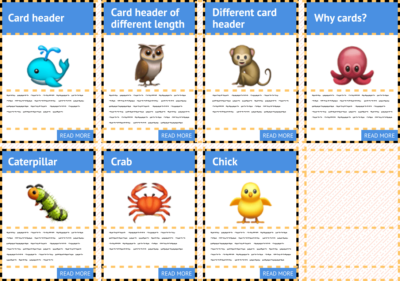 For this particular example, each card item has 4 rows, which should take up just as much content as the card contains. We would then have to set the grid-row property on the subgrid to span those 4 rows on the parent grid.

Feature of the CSS Grid Layout Module Level 2 that allows a grid-item with its own grid to align in one or both dimensions with its parent grid.