::first-line is a pseudo-element used to select the first formatted line in a block-level element (such as a paragraph <p>).

As with all pseudo-elements, it does not match any real HTML element. The ::first-line pseudo-element does not select the first line of an inline-level element; that is, an element that has <a href="http://tympanus.net/codrops/css_reference/display">display</a>: inline. It only works on elements that have a display value of block, inline-block, table-cell, table-caption, or list-item.

The amount of text in the first line of an element depends on a number of factors, including the width of the page, the font size, etc.

The ::first-line pseudo-element is similar to an inline-level element, but with certain restrictions. Only a subset of CSS properties can be used to style a ::first-line:

User agents may apply other styles as well.

The ::first-line pseudo-element will be used to apply styles to the first line in that paragraph.

The text in the first line of the paragraph will be transformed to uppercase, despite the existence of each or any of the following rules in the style sheet:

The style applied by the ::first-line rule will override each of the styles applied using the above four selectors.

You will most likely come across (or have come across) the notation :first-line which uses one colon instead of two.

In all the demos in this entry, the one-colon syntax is used to provide wider browser support for readers viewing the demos in IE8.

The following line of CSS would have no effect on the first line of the paragraph because margin properties cannot be applied to ::first-line.

The following demo styles the first line of paragraphs in an article. The first line is underlined, made bold, and transformed to all-uppercase letters.

If your browser supports the :first-of-type pseudo-class selector, you should also see the first-line of the first paragraph colored in pink.

The first line of all paragraphs in the demo should be rendered in uppercase letters. If you’re on Chrome, this may not work. See the browser support section notes below for details.

The two-colon (::first-line) syntax is supported in Chrome, Firefox, Safari, Opera, Internet Explorer 9+, and on Android and iOS.

The two-colon (::first-line) syntax introduced in CSS Level 3 is not supported in Internet Explorer 8 and earlier, only the single-colon syntax (:first-line) is supported in those versions down to version 5.5.

There is an old bug in Chrome that prevents text-transform from being applied to the ::first-line element. 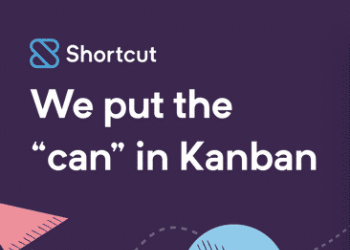