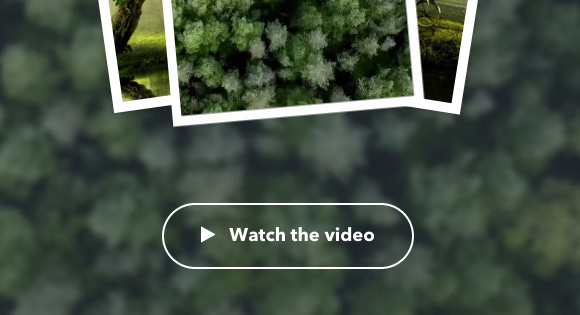 How to Create a Fullscreen Video Opening Animation

A tutorial on how to create a video opening animation inspired by the effect seen on momentsapp.com.... read more 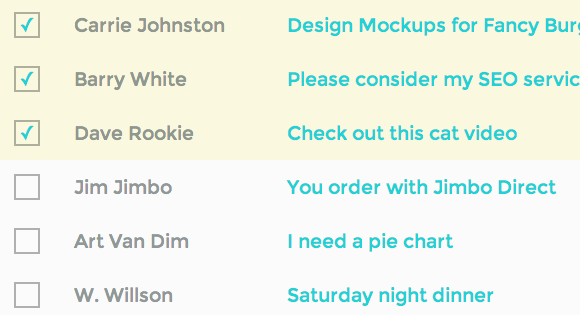 Ever thought that clicking on multiple checkboxes is not a very user-friendly task? Imagine rows and rows of junk mail that you'd like to select in your email app. T... read more 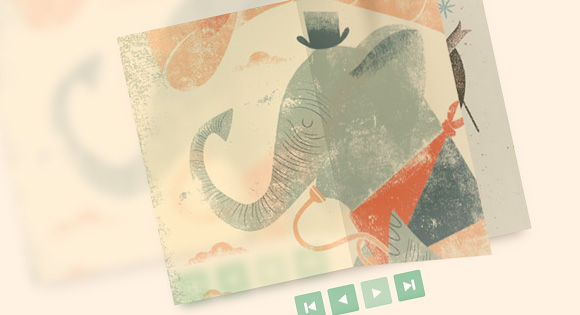 The content flip plugin BookBlock has been updated and improved. Content can be flipped vertically and horizontally, and we've added support for RTL among other thin... read more 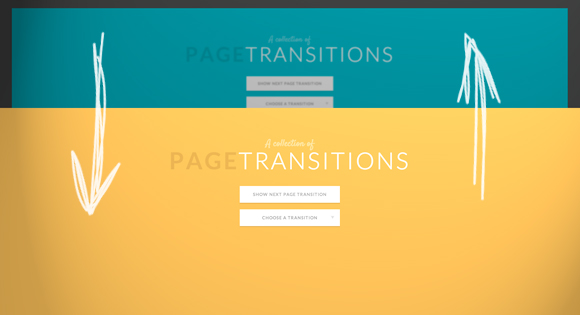 A Collection of Page Transitions 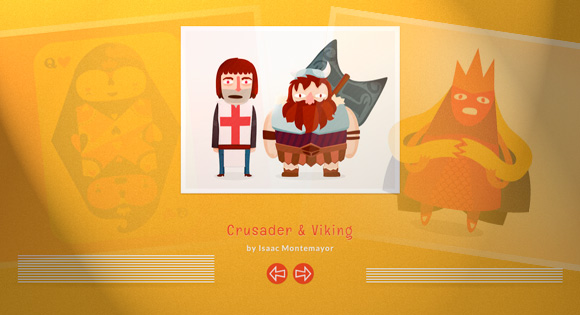 An experimental image slider that flips through images in 3D. Two stacks resemble image piles where images will be lifted off from and rotated to the center for view... read more 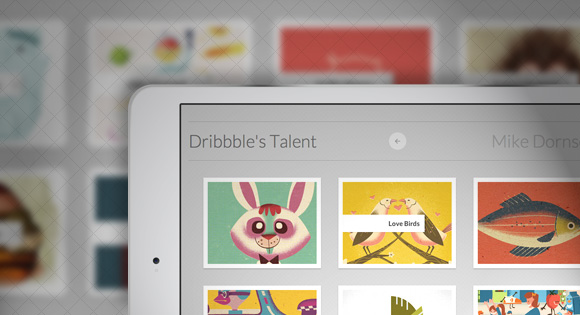 An experimental jQuery plugin that will group thumbnails by a shared data-attribute into a pile. When clicking on the pile, the thumbnails that belong to that pile w... read more 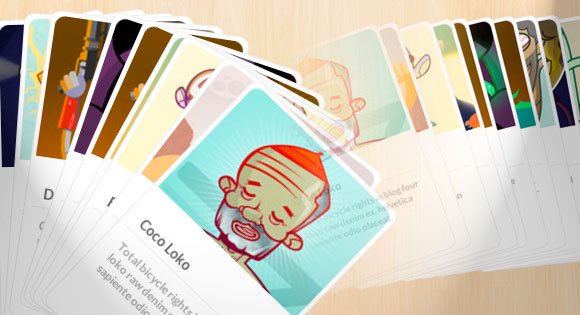 Baraja: A Plugin for Spreading Items in a Card-Like Fashion

With this jQuery plugin items can be spread in a card-like fashion and displayed in an unusual way. Several parameters allow many different spreading results, allowi... read more 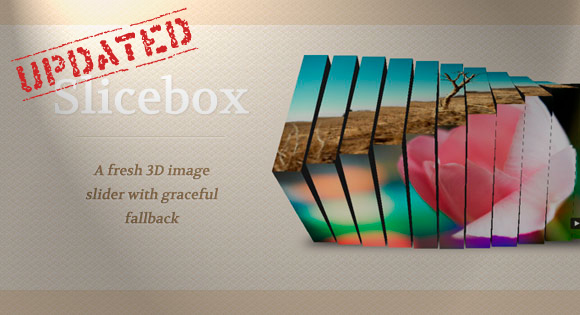 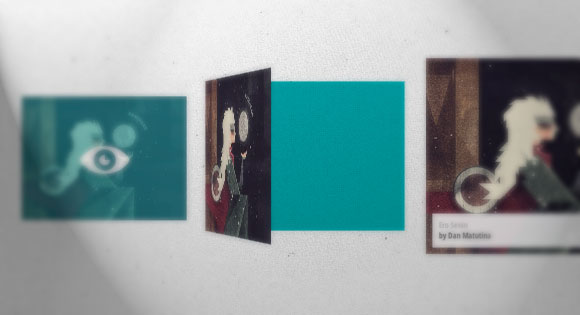 A highly experimental jQuery plugin that let's you unfold elements to reveal more content just like on a piece of paper. Unfolding directions and number of steps can... read more 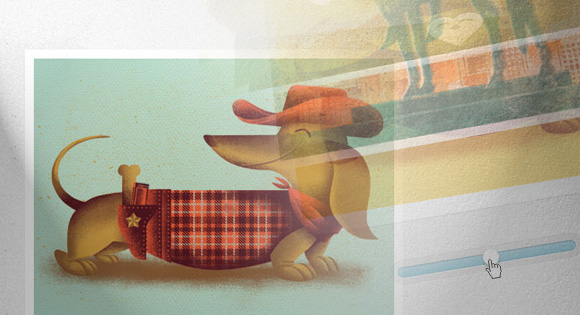 This jQuery plugin can be used to swiftly navigate content items. The effect will make the items fly away like a deck of cards caught in a tiny storm.... read more 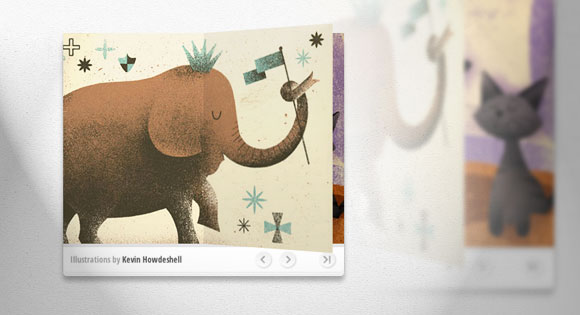 A jQuery plugin that will create a booklet-like component that let's you navigate through its items by flipping the pages.... read more 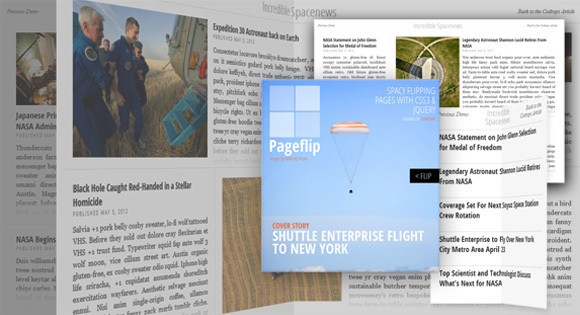 An experimental page layout that let's you navigate pages by swiping or dragging as in a booklet, inspired by Flipboard.... read more 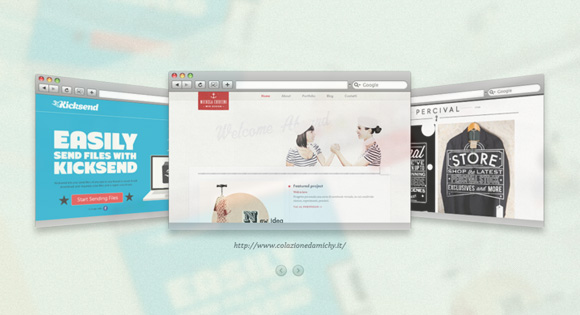 3D Gallery with CSS3 and jQuery

Today, we want to share an experimental 3D gallery with you that uses CSS 3D transforms.... read more 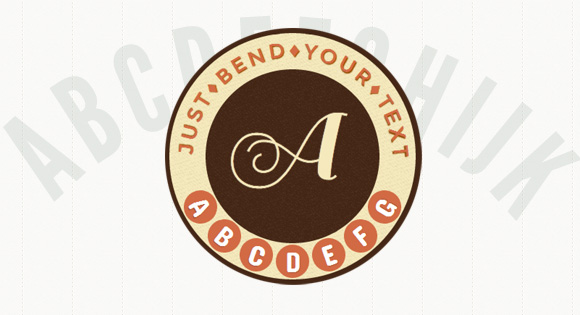 While CSS3 allows us to rotate letters, it is quite complicated to arrange each letter along a curved path. Arctext.js is a jQuery plugin that let's you do exactly t... read more 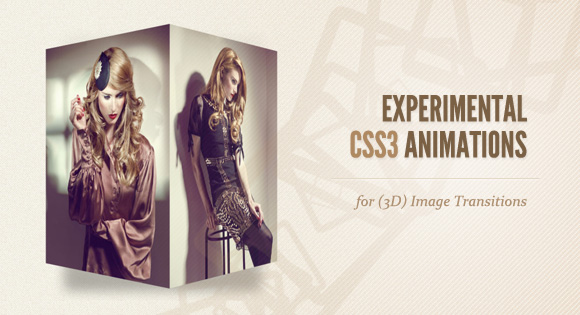 Today we want to share some experimental 3D image transitions with you that use CSS3 animations and jQuery. We'll be using CSS3 3D Transforms for Webkit only.... read more 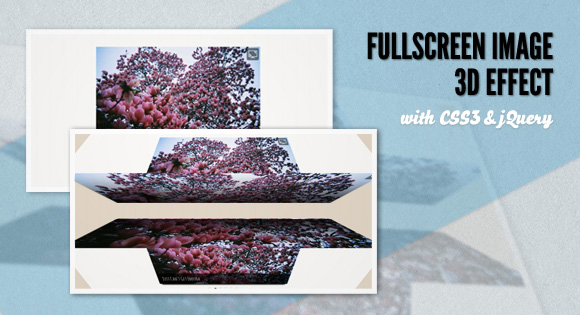 Today we want to share one of our CSS 3D Transforms experiments with you. The idea is to show an image's fullscreen version by rotating two blocks in three-dimension... read more 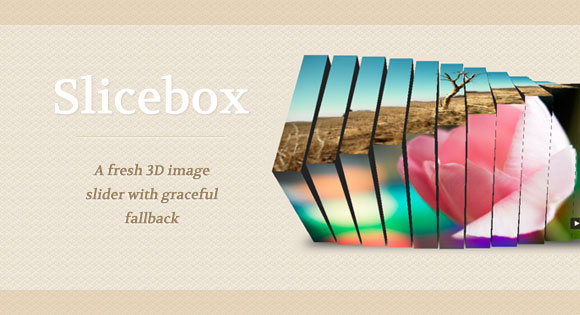 Slicebox is a jQuery 3D image slider plugin that makes use of CSS 3D Transforms and provides a graceful fallback for older browsers that don't support the new prope... read more 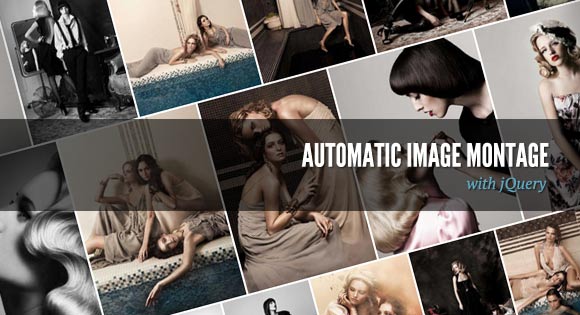 Arranging images in a montage like fashion can be a challenging task when considering certain constraints, like the window size when using fullscreen, the right imag... read more