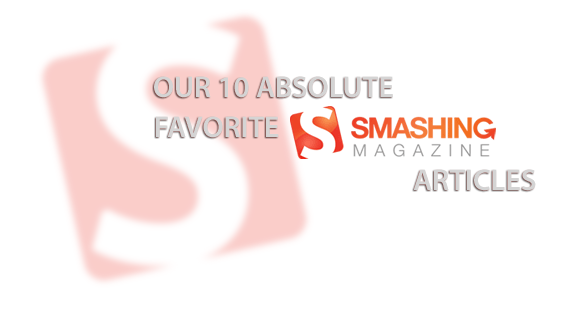 Some years back when I was starting to study I began to regularly read news and blogs on the web. It was a very exciting time back then since there were many “first timers” rising up.

One of those innovative “first timers” was Smashing Magazine and whenever I was reading their posts I felt like walking inside of a shopping mall at sales time (the girls will understand).

There were so many goodies and interesting articles to soak in (“we smash you with the information which will make your life easier. really.”). My favorite were and still are articles about CSS and design trends. And as a developer you couldn’t really live without the “Lists” which would include collections of reference cards and cheat sheets of all kinds of languages (even LaTeX which was widely used for creating homework and scientific papers in universities, at least in Germany) and, of course, all the other famous collections.

Now, that we have our own little blog about web development and design, I can’t help but to think that one of the reasons why we did it is because of all of the inspiration and discussion that came along with Smashing Magazine and the whole community that was based upon it. They were and are that big example that you point at and say “this is how you do it”, and it made many bloggers follow their footsteps.

So, this article is not going to be a roundup of things that I believe are the best Smashing Magazine articles. It is going to be a collection of articles that shaped me as a web developer and recall nostalgic memories when I read them again (some of them are really “old” and one might not want to use them for inspiration nowadays :-D).

Here they are, our 10 absolute favorite Smashing Magazine Articles:

This is a great collection of cheat sheets and reference cards from Actionscript to XML. It was incredibly helpful to have this at hand.

This one was an amazing collection of free fonts. Smashing Magazine classic: free and quality.

It was THE reference for form design. Whenever I had to create a form, I opened this article. I still do it…

Here we have one of these articles where you drooled over as a web developer. I was thinking, OMG this is too good to be true…ALL FREE?

This is one of the articles where you can say that it determined your style of coding CSS. It was one of the few really complete guides on how to start and organize your stylesheet creation. Classic!

I think the term “Modern Solutions” is so Smashing Magazine. There was a really classy comment on this one by Agust Gudbjornsson:

Really need to comment on some of the users who commented here above where they talk about the modern part of the menus.

The meaning of modern is not something that you don’t see anywhere else or have never seen before, modern means that its used by variety of companies/people in the today market, in this case websites. By saying that these menus are not modern is kind of stupidity or lack of knowledge over the today´s web designs, since you see nearly all major players (such as apple.com) online use menus such as those.

Tabbed menus have been available since paper tabbed bags where created, even before that time. That does not mean that they cant be modern in the year 2008 on websites :o)

Weird to see how people can always complain, or be the “clever” one.

Appreciate the time that these guys are giving us here at SM, awesome content and good resource to keep alive!

Of course, there were many free icon sets that Smashing Magazine made round-ups of, but this one stood in my head as the most beautiful one. Again, I was thinking, no way these ones are for free!

This one really makes you think. I was horrified with how many mistakes I have been doing in designing and this articles just threw it right into my face! It gave so many detailed and helpful ways to rethink my designs.
At this point, a great thanks to Dmitry Fadeyev! You can read more of him on http://www.usabilitypost.com/ or at Smashing Magazine under http://www.smashingmagazine.com/author/dmitry-fadeyev/

Ok, this one is really nostalgic, I have to smile at it now, but in 2006 it was so incredibly hip! Some of these trends really made their way and still persist in web design nowadays.

Of course, there are so many articles that one could list here. But this was my little collection of Smashing posts that really smashed me! Enjoy! 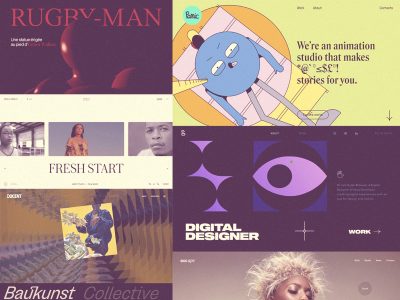 8 Multipurpose WordPress Themes to Use in 2022 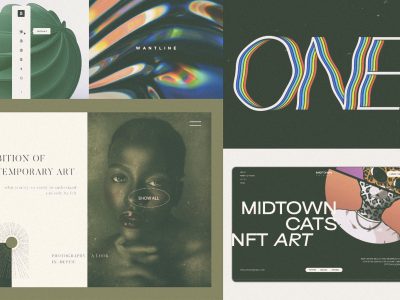